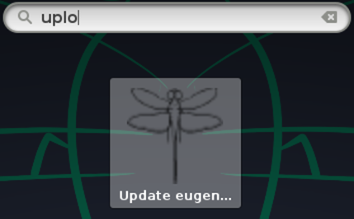 Creating a shortcut in Gnome-Shell is a bit harder than it was in the classic Gnome 2 desktop. There are some applications you can use that will build the shortcut file itself for you, but you still need to know where to place it. Here we’ll build up a simple shortcut file, and place it into the current user’s environment so it gets picked up by Gnome-Shell.

The shortcut file is a relatively simple format. You can find more details at the Gnome Developer site, but for simple cases the following format should work for you.

In this case, I’m creating an icon to launch the script to build and update my website. Let’s breakdown each line of the file:

You must save the file both in the correct location, and with the correct name. All desktop files will end with the extension .desktop, but you prior to that extension it must be named exactly the same as the full name of the executable you are looking to launch. This includes the extension - so in my case the filename would be named upload.sh.desktop, not simply upload.desktop.

Once you have the file named and saved, copy it to ~/.local/share/applications/ to load it into your current user’s Gnome-Shell environment. You should now be able to open up the applications and see the new shortcut there, as shown in the title image. This shortcut should function just like any other Gnome shortcut does.

Writings about my experiences and experiments with coding, technology, security and other topics that catch my fancy.

Elsewhere on the Web